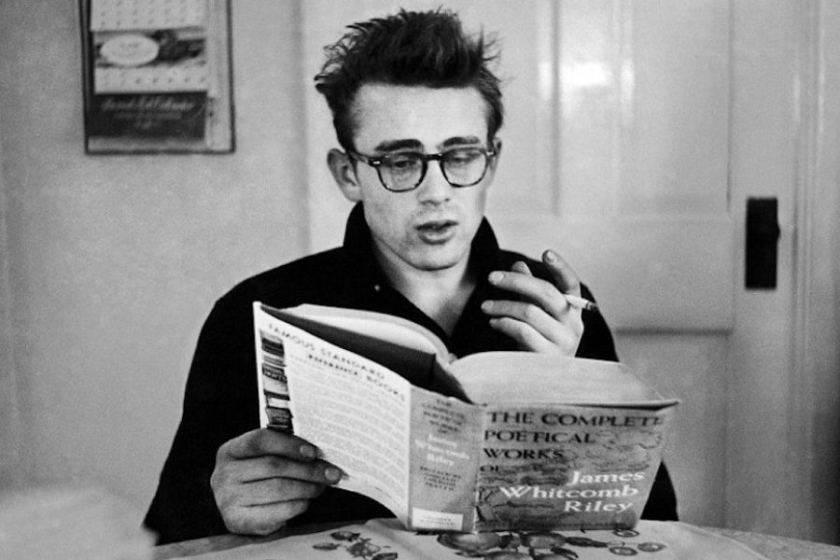 James Byron Dean (February 8, 1931 – September 30, 1955) was an American actor. Dean is remembered as a cultural icon of teenage disillusionment and social estrangement, as expressed in the title of his most celebrated film, Nicholas Ray’s Rebel Without a Cause (1955), with Sal Mineo, Natalie Wood, Jim Backus, and Ann Doran; in which he starred as troubled teenager Jim Stark. 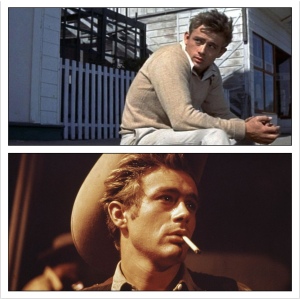 The other two roles that defined his stardom were loner Cal Trask in Elia Kazan‘s East of Eden (1955), with Julie Harris, Raymond Massey, Burl Ives, Richard Davalos, and Jo Van Fleetand; surly ranch hand Jett Rink in George Stevens’s Giant (1956), with Elizabeth Taylor, Rock Hudson, Carroll Baker, Jane Withers, Chill Wills, Mercedes McCambridge, Dennis Hopper, Mineo, Rod Taylor, Elsa Cárdenas and Earl Holliman. East of Eden was the only film released while alive and the only one he viewed in its entirety. After his death in a car crash, Dean became the first actor to receive a posthumous Academy Award nomination for Best Actor, and remains the only actor to have had two posthumous acting nominations (for East of Eden and Giant). In 1999, the American Film Institute ranked him the 18th best male movie star of Golden Age Hollywood in AFI’s 100 Years…100 Stars list.