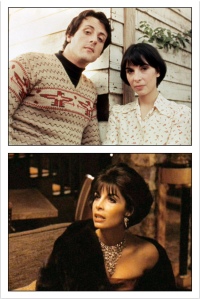 Shire best known for her roles as Connie Corleone in The Godfather films (with Marlon Brando, Al Pacino, James Caan, John Cazale, Robert Duvall, and Diane Keaton) and Adrian Balboa in the Rocky series (with Sylvester Stallone, Burt Young, Carl Weathers, and Burgess Meredith). For her work in The Godfather Part II and Rocky, Shire was nominated for two Academy Awards for Best Supporting Actress and Best Actress, respectively, and for the Golden Globe Award for Best Actress in a Drama for her role in Rocky.