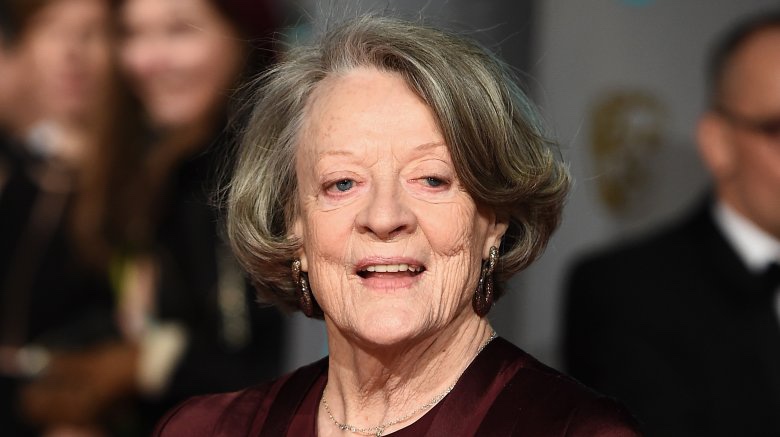 Dame Margaret Natalie Smith CH DBE (born 28 December 1934) is an English actress. She has had an extensive career on stage, film, and television which began in the mid-1950s. Smith has appeared in more than 60 films, and is one of Britain’s most recognisable actresses. She was made a Dame by Queen Elizabeth II in 1990 for contributions to the performing arts, and a Companion of Honour in 2014 for services to drama. 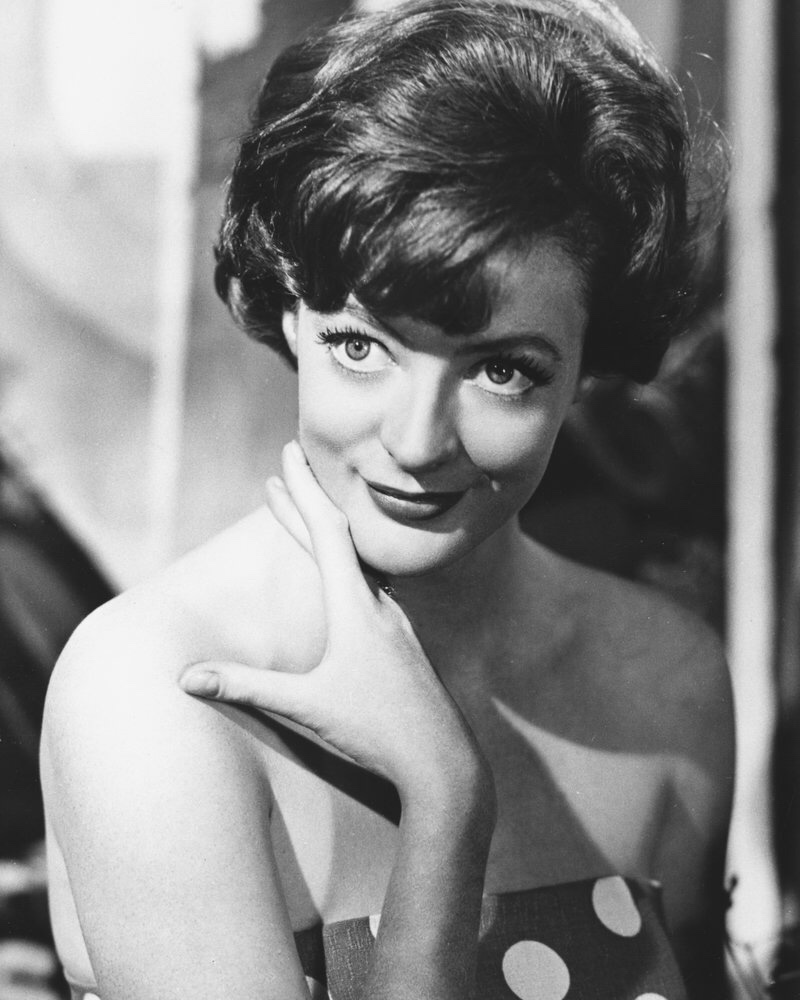 Smith began her career on stage as a student, performing at the Oxford Playhouse in 1952, and made her professional debut on Broadway in New Faces of ’56. For her work on the London stage, she has won a record six Best Actress Evening Standard Awards: for The Private Ear, and The Public Eye (both 1962), Hedda Gabler (1970), Virginia (1981), The Way of the World (1984), Three Tall Women (1994) and A German Life (2019). She received Tony Award nominations for Private Lives (1975) and Night and Day (1979), before winning the 1990 Tony Award for Best Actress in a Play for Lettice and Lovage. She appeared in Stratford Shakespeare Festival productions of Antony and Cleopatra (1976) and Macbeth (1978), and West End productions of A Delicate Balance (1997) and The Breath of Life (2002). She received the Society of London Theatre Special Award in 2010.

On screen, Smith first drew praise for the crime film Nowhere to Go (1958), for which she received her first nomination for a British Academy of Film and Television Arts (BAFTA) Award. She has won two Academy Awards, winning Best Actress for Ronald Neame‘s The Prime of Miss Jean Brodie (1969) and Best Supporting Actress for California Suite (1978), with Alan Alda, Michael Caine, Jane Fonda, Walter Matthau, Elaine May, and Richard Pryor. She is one of only seven actresses to have won in both categories. She has won a record four BAFTA Awards for Best Actress, including for A Private Function (1984), with Michael Palin; and The Lonely Passion of Judith Hearne (1988), with Bob Hoskins; a BAFTA for Best Supporting Actress for Tea with Mussolini (1999), with Cher, Judi Dench, Joan Plowright, Lily Tomlin, and Michael Williams; and three Golden Globe Awards. She received four other Oscar nominations that were for Othello (1965), George Cukor‘s Travels with My Aunt (1972), James Ivory‘s A Room with a View (1986), with Helena Bonham Carter, Julian Sands, Denholm Elliott, Daniel Day-Lewis, Dench and Simon Callow; and Robert Altman‘s Gosford Park (2001), with Eileen Atkins, Bob Balaban, Alan Bates, Charles Dance, Stephen Fry, Michael Gambon, Richard E. Grant, Derek Jacobi, Kelly Macdonald, Helen Mirren, Jeremy Northam, Clive Owen, Ryan Phillippe, Kristin Scott Thomas, and Emily Watson.

Smith played Professor Minerva McGonagall in the Harry Potter film series (2001–2011), collectively with Daniel Radcliffe, Rupert Grint, Emma Watson, Robbie Coltrane, Richard Harris, Gambon, Alan Rickman, Gary Oldman, Ralph Fiennes, Helena Bingham-Carter, Imelda Staunton, Emma Thompson, Kenneth Branagh, David Thewlis, among others. Her other films include Love and Pain and the Whole Damn Thing (1973), Death on the Nile (1978), with Peter Ustinov, Angela Lansbury, Bette Davis, Mia Farrow, David Niven, George Kennedy and Jack Warden; Clash of the Titans (1981), Evil Under the Sun (1982), Steven Spielberg‘s Hook (1991), with Robin Williams, Dustin Hoffman, Julia Roberts, and Hoskins; Sister Act (1992), Sister Act 2: Back in the Habit (1993), both with Whoopi Goldberg; The Secret Garden (1993), The First Wives Club (1996), with Diane Keaton, Goldie Hawn, Bette Midler, and Stockard Channing; The Best Exotic Marigold Hotel (2012), Dev Patel, Dench, Celia Imrie, Bill Nighy, Ronald Pickup, Tom Wilkinson and Penelope Wilton; and The Lady in the Van (2015). She won an Emmy Award in 2003 for My House in Umbria, to become one of the few actresses to have achieved the Triple Crown of Acting, and starred as Lady Violet Crawley, Dowager Countess of Grantham, on Downton Abbey (2010–2015), for which she won three Emmys, her first non-ensemble Screen Actors Guild Award, and her third Golden Globe. Her honorary film awards include the BAFTA Special Award in 1993 and the BAFTA Fellowship in 1996. She received the Stratford Shakespeare Festival’s Legacy Award in 2012, and the Bodley Medal by the University of Oxford’s Bodleian Libraries in 2016.