Jerome Silberman (June 11, 1933 – August 29, 2016), known professionally as Gene Wilder, was an American actor, director, screenwriter, producer, singer-songwriter and author. He began his career on stage, and made his screen debut in an episode of the TV series The Play of the Week in 1961. 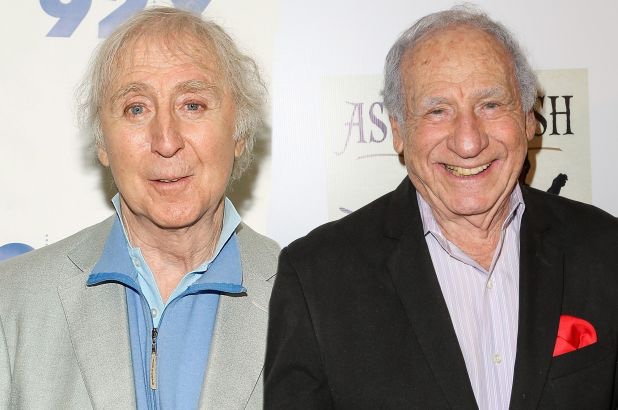 Although his first film role was portraying a hostage in Arthur Penn’s Bonnie and Clyde (1967), with Warren Beatty, Faye Dunaway, Michael J. Pollard, Gene Hackman, and Estelle Parsons; Wilder’s first major role was as Leopold Bloom in Mel Brooks‘s The Producers (1976), with Zero Mostel and Kenneth Mars; for which he was nominated for an Academy Award for Best Supporting Actor. This was the first in a series of collaborations with writer/director Brooks, including Blazing Saddles (1974), with Cleavon Little, Harvey Korman, Slim Pickens, Alex Karras, Madeline Kahn, David Huddleston, and Dom DeLuise; and Young Frankenstein, (1974), with Peter Boyle, Marty Feldman, Terri Garr, Cloris Leachman, Mars, and Kahn; which Wilder co-wrote, garnering the pair an Academy Award nomination for Best Adapted Screenplay.

Wilder is known for his iconic portrayal of Willy Wonka in Mel Stuart’s Willy Wonka & the Chocolate Factory (1971) and for his four films with Richard Pryor: Arthur Hiller’s Silver Streak (1976), Sidney Poitier‘s Stir Crazy (1980), See No Evil, Hear No Evil (1989), and Another You (1991), as well as starring in Woody Allen‘s Everything You Always Wanted to Know About Sex* (*But Were Afraid to Ask) (1972), with John Carradine and Burt Reynolds. Wilder directed and wrote several of his own films, including The Adventures of Sherlock Holmes’ Smarter Brother (1975), with Feldman, Kahn, Dom DeLuise, Roy Kinnear and Leo McKern; and The World’s Greatest Lover (1977), with Carol Kame and DeLuise.

After his last acting performance in 2003 – a guest role on Will & Grace for which he received an Emmy Award for Outstanding Guest Actor – Wilder turned his attention to writing. He produced a memoir in 2005, Kiss Me Like a Stranger: My Search for Love and Art; a collection of stories, What Is This Thing Called Love? (2010); and the novels My French Whore (2007), The Woman Who Wouldn’t (2008), and Something to Remember You By (2013).