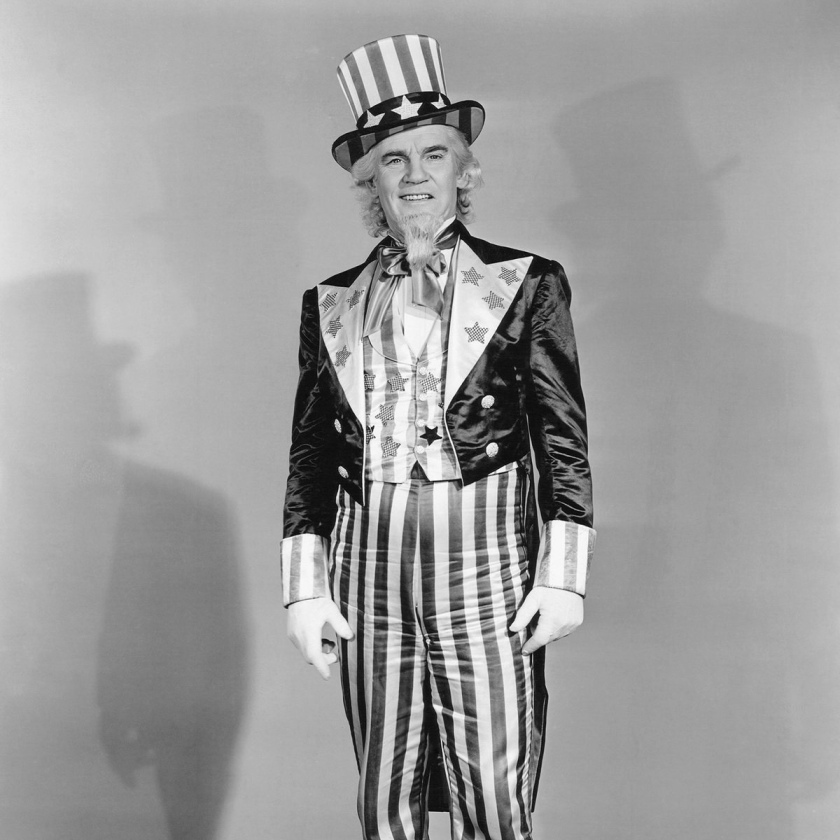 Among several of his contributions to World War II Allied propaganda films, Huston in an uncredited role portrays a military instructor in the short Safeguarding Military Information (1942). That film was produced by the Academy of Motion Picture Arts and Sciences and distributed by the War Activities Committee of the Motion Pictures Industry. He, along with Anthony Veiller, is also a narrator in the Why We Fight series of World War II documentaries directed by Frank Capra. He also appeared as Uncle Sam in the propaganda film December 7th (1943), directed by John Ford and Gregg Toland (famed cinematographer, perhaps best known for his work the 1941 Orson Welles film Citizen Kane).

Huston portrayed the character Howard in the 1948 adventure drama The Treasure of the Sierra Madre, which was also directed by his son John. He starred alongside Humphrey Bogart and Tim Holt (John himself has an uncredited role at the start of the movie). Based on B. Traven’s novel, the film depicts the story of three gold prospectors in 1920s post-revolution Mexico. He won the Golden Globe Award and the Academy Award for Best Supporting Actor for the film, while John Huston won the Best Director Academy Award, thus making them the first father and son to win at the same ceremony. His last film is Anthony Mann‘s The Furies (1950) in which he co-stars with Barbara Stanwyck and Wendell Corey. In that Western, Huston’s final line is “There will never be another one like me.”