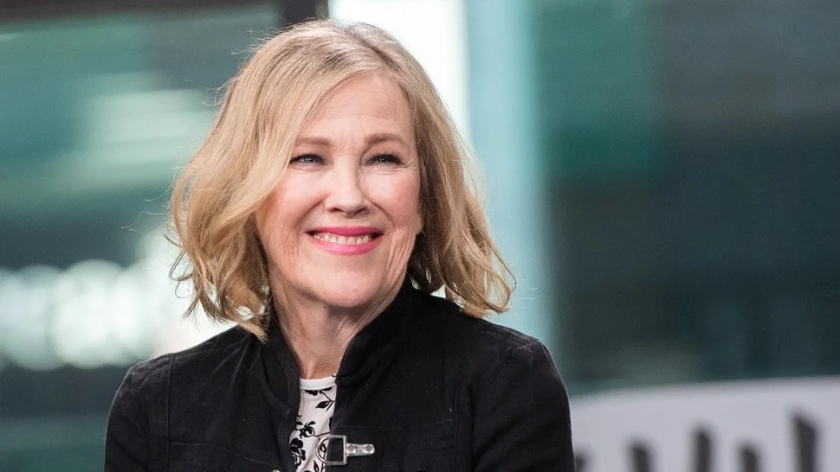 Catherine Anne O’Hara OC (born March 4, 1954) is a Canadian-American actress, comedian, writer, and singer. She first drew notice as an actress in 1974 as a member of The Second City improvisational comedy troupe in Toronto. She landed her first significant television role starring opposite John Candy and Dan Aykroyd in the main cast of the sitcom Coming Up Rosie (1975–1978). The following year, O’Hara and Candy began work on the sketch comedy series Second City Television (1976–84), with Candy, Robin Duke, Joe Flaherty, Eugene Levy, Andrea Martin, Rick Moranis, Harold Ramis, Tony Rosato, Martin Short, and Dave Thomas; where she drew critical acclaim for both her work as a comedic actress and writer, winning a Primetime Emmy Award for Outstanding Writing for a Variety Series in 1981.

O’Hara has appeared in several films directed by Tim Burton, beginning with the role of Delia Deetz in the horror fantasy comedy film Beetlejuice (1988), with Alec Baldwin, Geena Davis, Jeffrey Jones, Winona Ryder, Sylvia Sidney, and Glenn Shadix. Other roles she has portrayed in Burton films include the voices of Sally and Shock in The Nightmare Before Christmas (1993), with Chris Sarandon, William Hickey, Ken Page, Paul Reubens, and Shaddix; and Susan Frankenstein and the Weird Girl in Frankenweenie (2012), with Short, Martin Landau, Charlie Tahan, Atticus Shaffer, and Ryder.

O’Hara has also frequently collaborated with director and writer Christopher Guest, appearing in the mockumentary films Waiting for Guffman (1996), Best in Show (2000), A Mighty Wind (2003), and For Your Consideration (2006), collectively with Levy, Fred Willard, Parker Posey, Bob Balaban, Ed Begley Jr., Jane Lynch, Michael McKean, Harry Shearer, and Jennifer Coolidge; the latter of which she won the National Board of Review’s for Best Supporting Actress award and was nominated for an Independent Spirit Award.

Films in the mid to late 1990s include Tall Tale (1995), with Scott Glenn, Oliver Platt, Nick Stahl, Stephen Lang, Roger Aaron Brown, and Patrick Swayze; The Last of the High Kings (1996), with Jared Leto, Christina Ricci, Byrne, Amanda Shun, Stephen Rea, and Colm Meaney; Home Fries (1998), with Drew Barrymore, Luke Wilson, Jake Busey, and Shelley Duvall, and for the crime drama film The Life Before This (1999), with Joe Pantoliano, Sarah Polley, and Rea; for which she won a Genie Award for Best Performance by an Actress in a Leading Role. 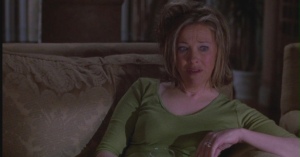 In 2010, O’Hara was nominated for the Primetime Emmy Award for Outstanding Supporting Actress in a Limited Series or Movie and the Satellite Award for Best Supporting Actress – Series, Miniseries or Television Film for her portrayal of Aunt Ann in Temple Grandin (2010), Claire Danes, Julia Ormond, and David Strathairn. For her work on the television series Schitt’s Creek (2015–2020), with Levy, Dan Levy, and Annie Murphy; she has won five consecutive Canadian Screen Awards for Best Lead Actress in a Comedy Series and earned two nominations for the Primetime Emmy Award for Outstanding Lead Actress in a Comedy Series, winning in 2020. She was appointed an Officer of the Order of Canada in 2018 and was honoured with the Governor General’s Performing Arts Lifetime Artistic Achievement Award in 2020.

Her other notable television appearances include the recurring roles of Dr. Georgina Orwell in the Netflix series A Series of Unfortunate Events and Carol Ward in Six Feet Under, and the voices of Jackie Martin in Glenn Martin, DDS, Miss Malone in The Completely Mental Misadventures of Ed Grimley, Kaossandra in Skylanders Academy and Liz Larsen in Committed. She has also hosted Saturday Night Live twice and made numerous guest appearances on sitcoms, variety shows, and late night television.