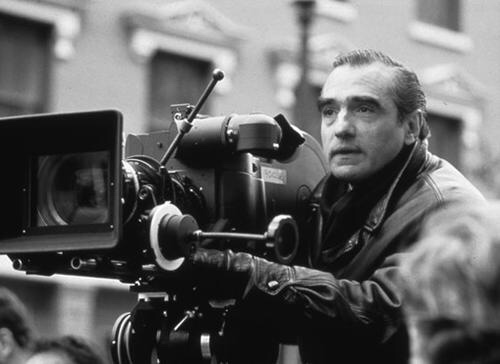 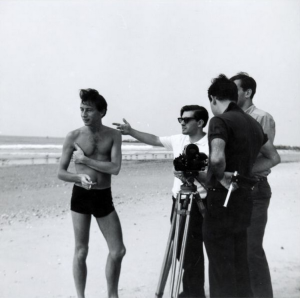 Scorsese studied at New York University where he received a bachelor’s degree in English Literature in 1964, and received a Masters in Fine Arts in film from NYU’s Tisch School of the Arts in 1966. In 1967 Scorsese’s first feature film Who’s That Knocking at My Door (starring Harvey Keitel) was released and was accepted into the Chicago Film Festival, where critic Roger Ebert saw it and called it “a marvelous evocation of American city life, announcing the arrival of an important new director.” 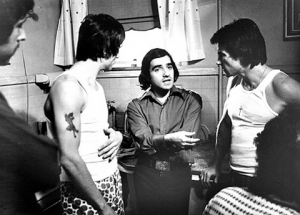 Scorsese’s mentors included John Cassavetes, whose chatty, improvisational style did much to influence Scorsese’s scripts and production work, and who told him to “make films about what you know.” In 1971 Scorsese moved to Hollywood, where he associated with some of the young directors who defined the decade, including Steven Spielberg, Francis Ford Coppola, Brian De Palma, and George Lucas. He directed Boxcar Bertha (1972), starring Barbara Hershey and David Carradine, a cut-rate Depression-era film for Roger Corman, and Mean Streets (1973), a personal film about faith and redemption shot in Little Italy, starring Keitel and Robert De Niro. 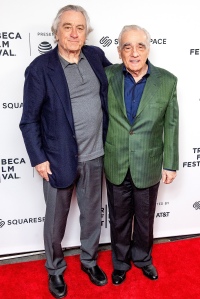 He has established a filmmaking history involving repeat collaborations with actors and film technicians, including nine films made with De Niro. His films with De Niro are the vigilante-thriller Taxi Driver (1976), the biographical sports drama Raging Bull (1980), his first collaboration with Joe Pesci; the black comedy The King of Comedy (1982), the musical drama New York, New York (1977), with Liza Minnelli; the psychological thriller Cape Fear (1991), and the crime films Mean Streets (1973), Goodfellas (1990), with Ray Liotta and Pesci; Casino (1995), with Pesci, Sharon Stone, and James Woods. and The Irishman (2019), the latter marking his first collaboration with actor Al Pacino. 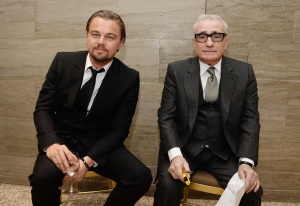 Scorsese has also been noted for his successful collaborations with actor Leonardo DiCaprio, having directed him in five films: the historical epic Gangs of New York (2002), with Daniel Day-Lewis; the Howard Hughes biography The Aviator (2004), with Cate Blanchett; the crime thriller The Departed (2006), with Jack Nicholson, Matt Damon, and Mark Wahlberg; the psychological thriller Shutter Island (2010), with Mark Ruffalo, Ben Kingsley, Michelle Williams, Emily Mortimer, Patricia Clarkson, and Max von Sydow; and the black comedy The Wolf of Wall Street (2013), with Jonah Hill, Margot Robbie, Matthew McConaughey, Rob Reiner, and Jon Favreau. The Departed won Scorsese the Academy Award for Best Director, in addition to winning the award for Best Picture.