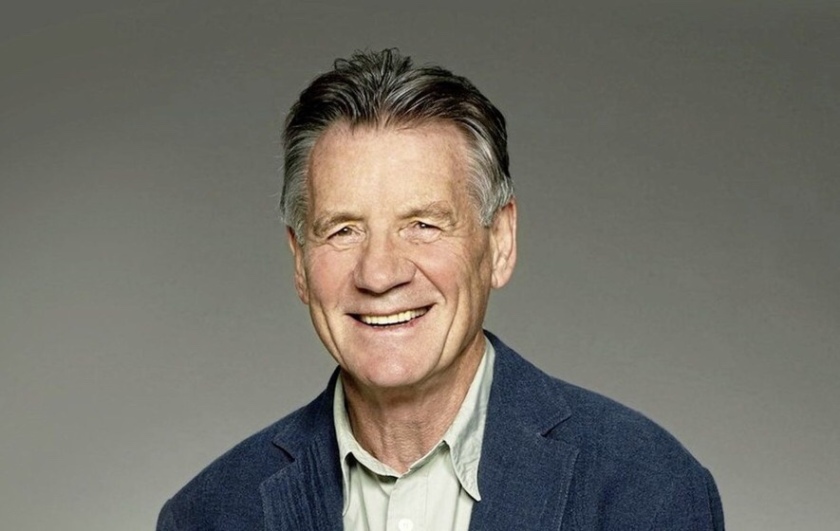 Sir Michael Edward Palin KCMG CBE FRGS (born May 5, 1943) is an English comedian, actor, writer and television presenter. He was a member of the comedy group Monty Python, with Graham Chapman, John Cleese, Terry Gilliam, Eric Idle, and Terry Jones. Since 1980 he has made a number of travel documentaries. He wrote most of his comedic material with fellow Python member Jones. Before Monty Python, they had worked on other shows such as the Ken Dodd Show, The Frost Report, and Do Not Adjust Your Set. Palin appeared in some of the most famous Python sketches, including “Argument Clinic”, “Dead Parrot sketch”, “The Lumberjack Song”, “The Spanish Inquisition”, “Bicycle Repair Man” and “The Fish-Slapping Dance”. He also regularly played a Gumby.

Palin continued to work with Jones after Python, co-writing Ripping Yarns. He has also appeared in several films directed by fellow Python Gilliam, such as Jabberwocky (1977), Time Bandits (1982), with Sean Connery, Ian Holm, Shelley Duvall, and David Warner; Brazil (1985), with Jonathan Pryce, Robert De Niro, Bob Hoskins, and Holm; and made notable appearances in other films such as The Missionary (1982), which he also wrote; A Private Function (1984), both with Maggie Smith; A Fish Called Wanda (1988), with Cleese, Jamie Lee Curtis, and Kevin Kline. for which he won the BAFTA Award for Best Actor in a Supporting Role. In a 2005 poll to find The Comedians’ Comedian, he was voted the 30th favourite by fellow comedians and comedy insiders. 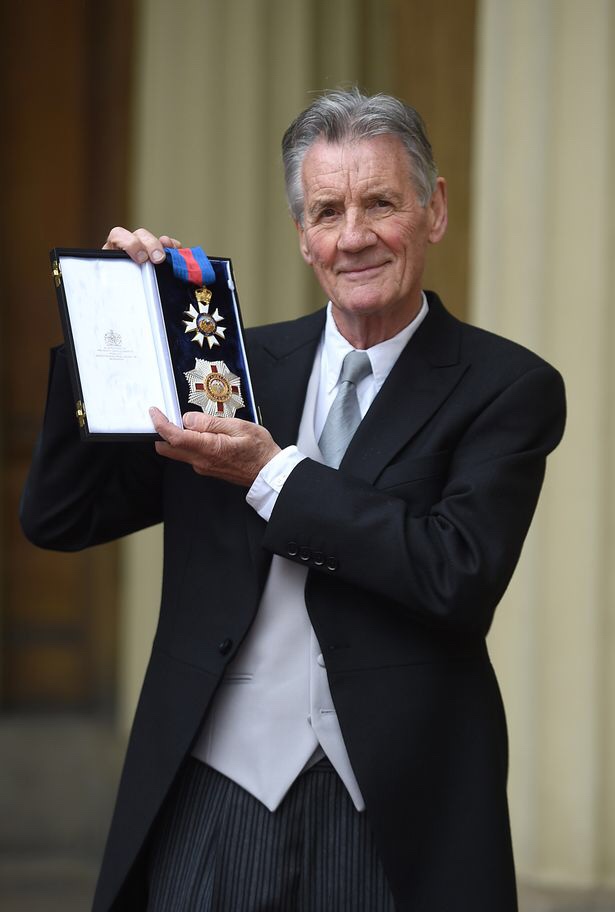 After Python, he began a new career as a travel writer and travel documentarian. His journeys have taken him across the world, including the North and South Poles, the Sahara Desert, the Himalayas, Eastern Europe, Brazil, and in 2018, he visited North Korea; documenting his visit to the isolated country in a series broadcast on Channel 5. Having been awarded a CBE for services to television in the 2000 New Year Honours, Palin received a knighthood in the 2019 New Year Honours for services to travel, culture and geography. From 2009–12 he was the president of the Royal Geographical Society. On May 12, 2013, Palin was made a BAFTA fellow, the highest honour that is conferred by the organisation.