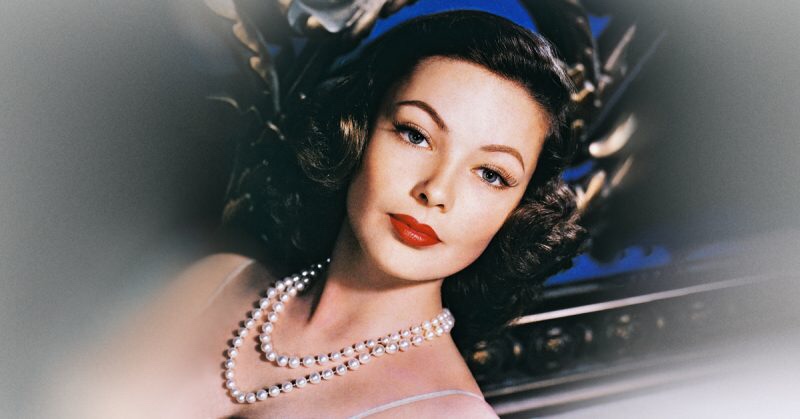 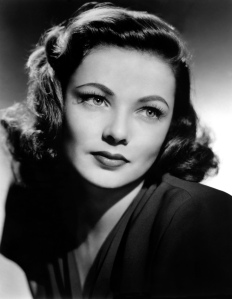 Tierney starred in what became her best-remembered role: the title role in Otto Preminger‘s film noir Laura (1944), with Dana Andrews. After playing Tina Tomasino in Henry King‘s A Bell for Adano (1945), she played the jealous, narcissistic femme fatale Ellen Berent Harland in Leave Her to Heaven (1945), adapted from a best selling novel by Ben Ames Williams. Appearing with Cornel Wilde, Tierney won an Academy Award nomination for Best Actress. This was 20th Century-Fox’ most successful film of the 1940s. It was cited by director Martin Scorsese as one of his favorite films of all time, and he assessed Tierney as one of the most underrated actresses of the Golden Era.

Tierney then starred as Miranda Wells in Dragonwyck (1946), along with Walter Huston and Vincent Price. It was Joseph L. Mankiewicz‘s debut film as a director, In the same period, she starred as Isabel Bradley, opposite Tyrone Power, in The Razor’s Edge (also 1946), an adaptation of W. Somerset Maugham’s novel of the same name. Her performance was critically praised. She played Lucy Muir in Mankiewicz’s The Ghost and Mrs. Muir (1947), with Rex Harrison. 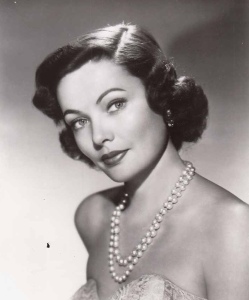 The following year, she co-starred again with Power, this time as Sara Farley in the successful screwball comedy That Wonderful Urge (1948). As the decade came to a close, Tierney reunited with Laura director Preminger to star as Ann Sutton in the classic film noir Whirlpool (1949), co-starring Richard Conte and José Ferrer. She appeared in two other film noirs: Jules Dassin’s Night and the City, shot in London, and Otto Preminger’s Where the Sidewalk Ends (both 1950), reunited with both Preminger and leading man Dana Andrews, who she appeared with in five movies total. 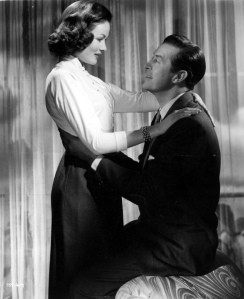 Tierney was loaned to Paramount Pictures, giving a comic turn as Maggie Carleton in Mitchell Leisen’s ensemble farce, The Mating Season (1951), with John Lund, Thelma Ritter, and Miriam Hopkins. She gave a tender performance as Midge Sheridan in the Warner Bros. film, Close to My Heart (1951), with Ray Milland. Other films during this time include Walter Lang’s On the Riviera (1951), with Danny Kaye, Corinne Calvet, Marcel Dalio, Henri Letondal, and Sig Ruman; Later in her career, she was reunited with Milland in Daughter of the Mind (1969). After appearing opposite Rory Calhoun as Teresa in Way of a Gaucho (1952), her contract at 20th Century-Fox expired. That same year, she starred as Dorothy Bradford in Plymouth Adventure, opposite Spencer Tracy at MGM. She and Tracy had a brief affair during this time. Tierney played Marya Lamarkina opposite Clark Gable in Never Let Me Go (1953), filmed in England. 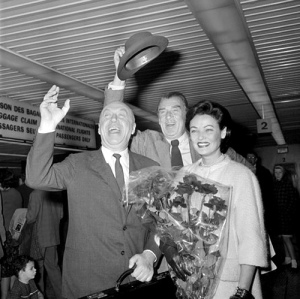 After a brief hiatus from film (brought on by various personal life issues), Tierney made a screen comeback in Preminger’s Advise and Consent (1962), with Fonda, Charles Laughton, Walter Pidgeon, Franchot Tone, Burgess Meredith, and Betty White. Soon afterwards, she played Albertine Prine in George Roy Hill‘s Toys in the Attic (1963), with Dean Martin and Geraldine Page, based on the play by Lillian Hellman. This was followed by the international production of Las cuatro noches de la luna llena, (Four Nights of the Full Moon – 1963), in which she starred with Dan Dailey. She received critical praise overall for her performances. Her career as a solid character actress seemed to be back on track as she played Jane Barton in The Pleasure Seekers (1964), but then she suddenly retired. She returned to star in the television movie Daughter of the Mind (1969) with Don Murray and Ray Milland. Her final performance was in the TV miniseries Scruples (1980).