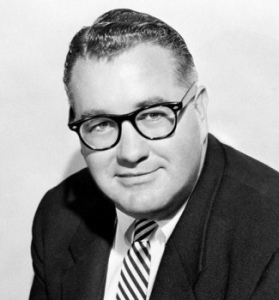 Aldrich began his film career at 23, working at RKO Pictures as a production clerk, an entry-level position, after declining an offer through his Rockefeller connections to enter the studio as an associate producer. Though the smallest of Hollywood’s top studios, RKO could boast an impressive roster of directors (George Cukor, John Ford and Howard Hawks) as well as movie stars (Fred Astaire, Ginger Rogers, Cary Grant, Katharine Hepburn and the Marx Brothers). The 23-year-old Aldrich assumed his duties shortly after Orson Welles, at 26, signed a six-movie contract with RKO after the release of the widely acclaimed Citizen Kane (1941).

When the United States entered the Second World War in December 1941, Aldrich was inducted into the Air Force Motion Picture Unit, but quickly discharged when an old football injury disqualified him for military service. The film studios manpower shortage allowed Aldrich to win assignments as third or second tier director’s assistant to learn the basics of filmmaking. In just two years he participated on two dozen movies with well-known directors.

Towards the end of the war, Aldrich had risen to first assistant director making comedy shorts with director Leslie Goodwins. In 1944, Aldrich departed RKO to begin free-lancing on feature films at other major studios, including Columbia, United Artists and Paramount. He would eventually make directorial debut with Big Leaguer (1953), starring Edward G. Robinson and Vera-Ellen. From there, he had a long, successful career.