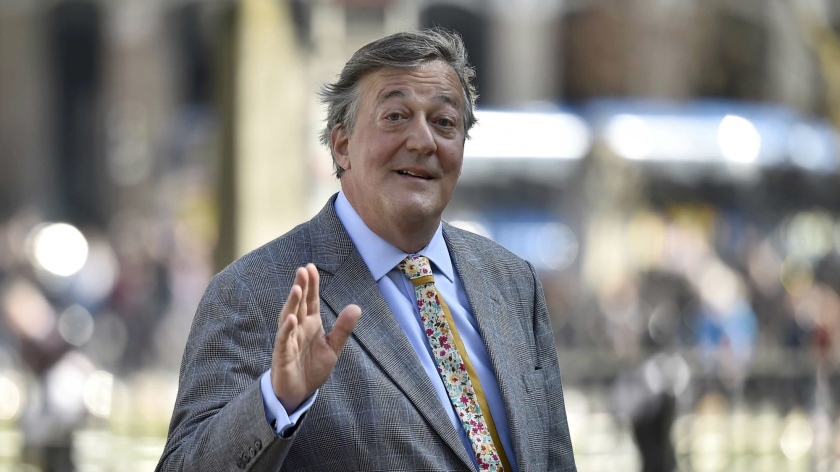 Stephen John Fry (born August 24, 1957) is an English actor, comedian and writer. He and Hugh Laurie are the comic double act Fry and Laurie, who starred in Alfresco (with Robbie Coltrane, Ben Elton, and Emma Thompson), A Bit of Fry & Laurie and Jeeves and Wooster. 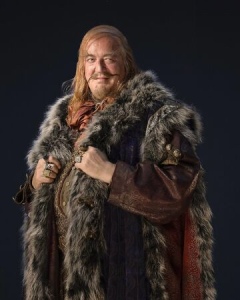 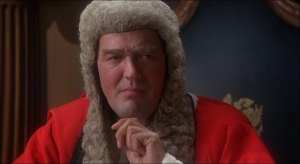 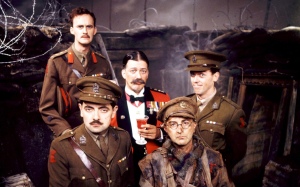 Fry is also known for his roles in television such as Lord Melchett in the BBC television comedy series Blackadder, the title character in the television series Kingdom, and Absolute Power, as well as a recurring guest role as Dr Gordon Wyatt on the American crime series Bones. 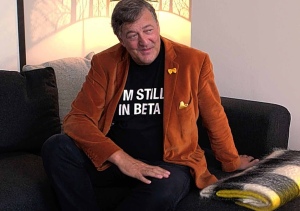 He has also written and presented several documentary series, including the Emmy Award-winning Stephen Fry: The Secret Life of the Manic Depressive, which saw him explore his bipolar disorder, and the travel series Stephen Fry in America. He was also the long-time host of the BBC television quiz show QI, with his tenure lasting from 2003 to 2016 for which he was nominated for six British Academy Television Awards. He also appears frequently on panel games such as Just a Minute, and I’m Sorry I Haven’t a Clue.

Besides working in television, Fry has been a prolific writer, contributing to newspapers and magazines and having written four novels and three volumes of autobiography, Moab Is My Washpot, The Fry Chronicles, and More Fool Me. Fry is also known for his voice-overs, reading all seven of the Harry Potter novels for the UK audiobook recordings, narrating the LittleBigPlanet and Birds of Steel series of video games, as well as an animated series of explanations of the laws of cricket, and a series of animations about Humanism for Humanists UK.