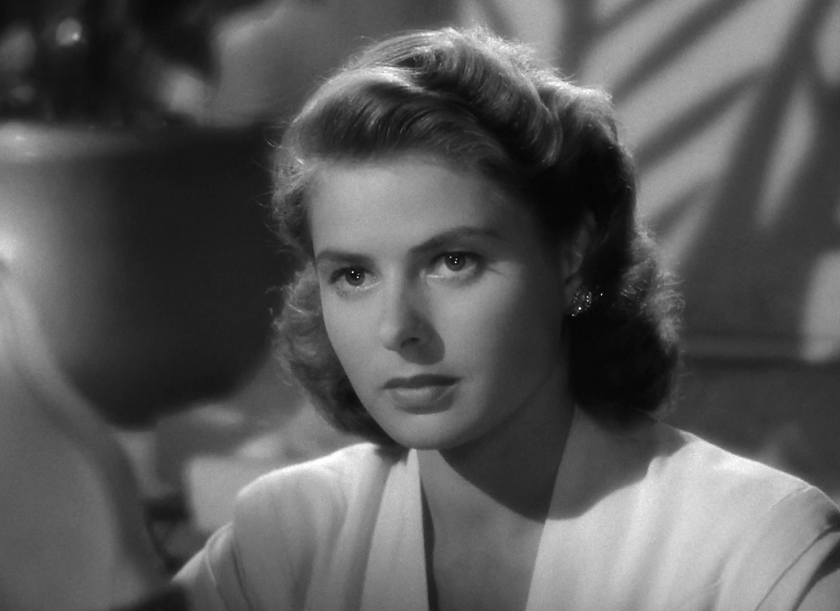 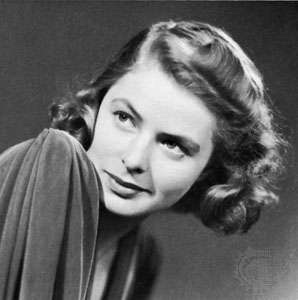 Ingrid Bergman (August 29, 1915 – August 29, 1982) was a Swedish actress who starred in a variety of European and American films, television movies, and plays. She won many accolades, including three Academy Awards, two Primetime Emmy Awards, a Tony Award, four Golden Globe Awards, and a BAFTA Award. She was born in Stockholm to a Swedish father and a German mother, and started her acting career in Swedish and German films. 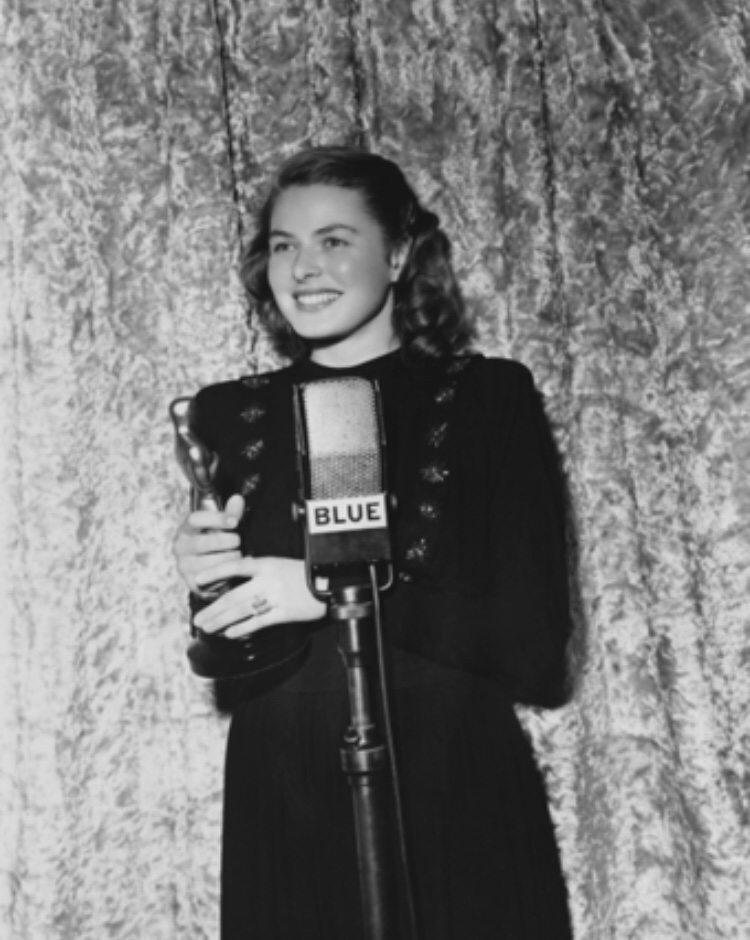 Bergman’s introduction to Americans came in the English-language remake of Intermezzo (1939). In addition to the Michael Curtiz Academy Award-winning classic Casablanca (1942) opposite Humphrey Bogart, her notable performances from the 1940s include the dramas For Whom the Bell Tolls (1943), with Gary Cooper; Gaslight (1944), directed by George Cukor; Leo McCarey‘s The Bells of St. Mary’s (1945), with Bing Crosby; and Joan of Arc (1948), directed by Victor Fleming; all of which earned her nominations for the Academy Award for Best Actress; she won the award for Gaslight. She made three films with Alfred Hitchcock including Spellbound (1945), with Gregory Peck, and Notorious (1946), opposite Cary Grant. 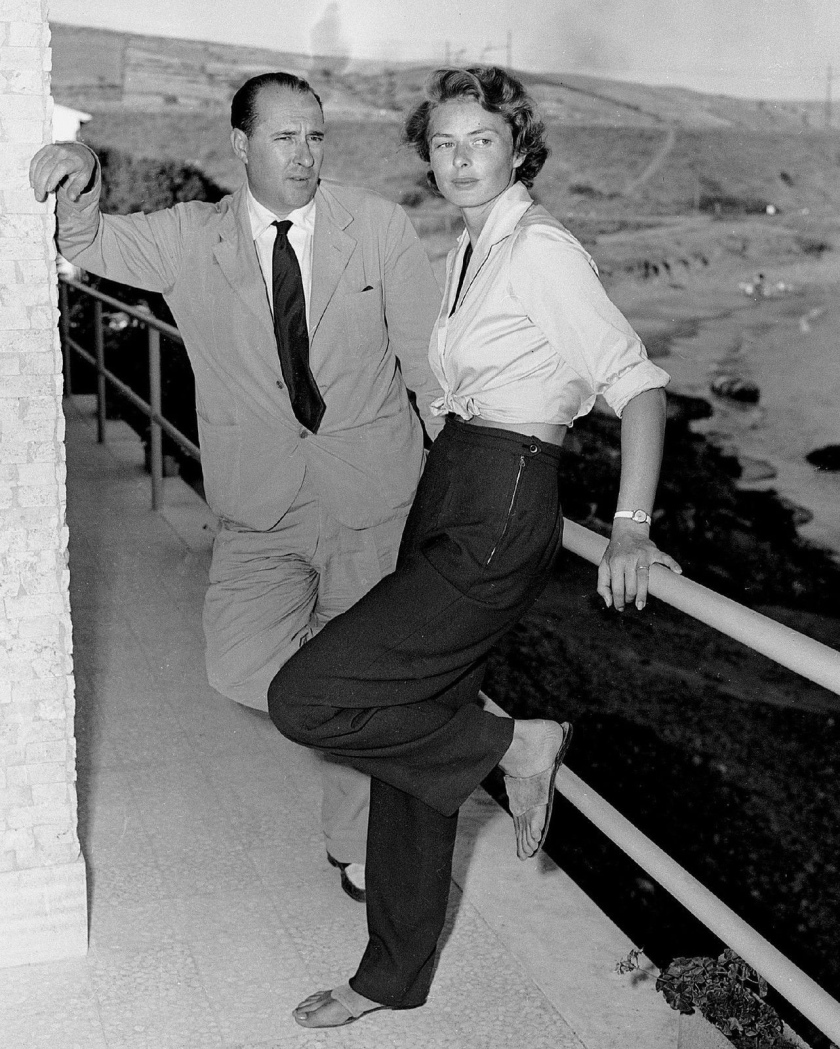 In 1950, she starred in Roberto Rossellini‘s Stromboli, following the revelation that she was having an extramarital affair with the director. The affair and then marriage to Rossellini created a scandal in the United States that forced her to remain in Europe for several years, during which she starred in Rossellini’s Journey to Italy (1954), now critically acclaimed. The two had 3 children together, including actress Isabella Rossellini. She made a successful return to working for a Hollywood studio in Anastasia (1956), the debut film for Yul Brynner, winning her second Academy Award for Best Actress. In 1958, she starred for a second time with Grant, this time in the popular romantic comedy Indiscreet (directed by Stanley Donen). 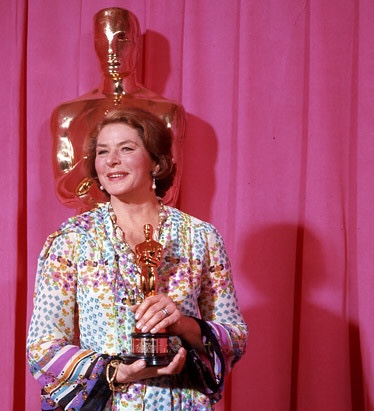 In her later years, she won her third Academy Award, this one for Best Supporting Actress, for her small performance in Sidney Lumet’s adaptation of Murder on the Orient Express (1974), with Albert Finney, Lauren Bacall, Sean Connery, John Gielgud, Vanessa Redgrave, Michael York, Jacqueline Bisset, Anthony Perkins, and Wendy Hiller; In 1978, she worked with director Ingmar Bergman (no relation) in Autumn Sonata, for which she received her sixth Academy Award nomination for Best Actress. In her final acting role, she portrayed the late-Israeli Prime Minister Golda Meir in the television mini-series A Woman Called Golda (1982) for which she posthumously won her second Emmy Award for Best Actress. She died on her sixty-seventh birthday (29 August 1982) from breast cancer. 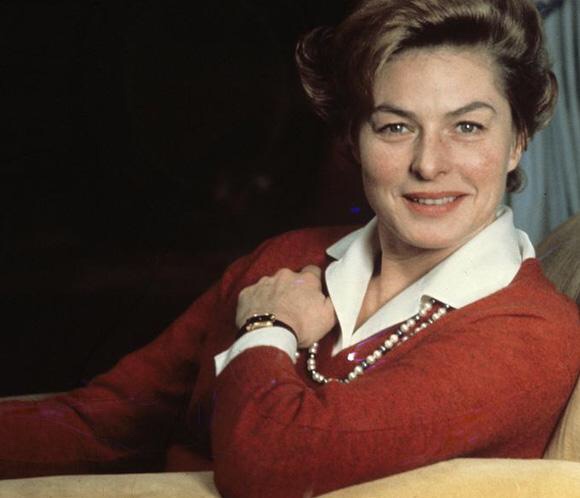 According to the St. James Encyclopedia of Popular Culture, Bergman quickly became “the ideal of American womanhood” and a contender for Hollywood’s greatest leading actress. In the United States, she is considered to have brought a “Nordic freshness and vitality” to the screen, along with exceptional beauty and intelligence; David O. Selznick once called her “the most completely conscientious actress” he had ever worked with. In 1999, the American Film Institute ranked Bergman as the fourth-greatest female screen legend of Classic Hollywood Cinema.