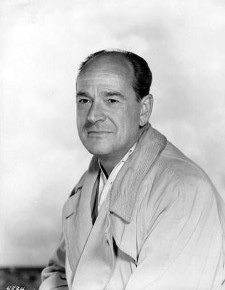 Anthony Mann (born Emil Anton Bundsmann; June 30, 1906 – April 29, 1967) was an American actor and film director, best remembered for his work in the film noir and Westerns genres. As a director, he often collaborated with the cinematographer John Alton. He directed films for a variety of production companies, from RKO to MGM, and worked with many major stars of the era. He made several Westerns with James Stewart, such as Winchester ’73 (1950), with Shelley Winters, Dan Duryea and Stephen McNally; and he was the director of the medieval epic El Cid (1961), with Charlton Heston and Sophia Loren. He also directed the big-budget film Cimarron (1960), with Glenn Ford and Maria Schell. His last film was A Dandy in Aspic (1968), with Laurence Harvey, Tom Courtenay, Peter Cook, Mia Farrow, and Harry Andrews.