Vincent Leonard Price Jr. (May 27, 1911 – October 25, 1993) was an American actor best known for his performances in horror films, although his career spanned other genres, including film noir, drama, mystery, thriller, and comedy. He appeared on stage, television, and radio, and in more than 100 films. He has two stars on the Hollywood Walk of Fame, one for motion pictures and one for television. He was born and raised near St. Louis, Missouri. He was also an art collector and arts consultant with a degree in art history, and he lectured and wrote books on the subject. The Vincent Price Art Museum at East Los Angeles College is named in his honor.He was also a noted gourmet cook.

Price started out in films as a character actor. He made his film debut in Service de Luxe (1938) and established himself in Otto Preminger‘s Laura (1944), opposite Gene Tierney. He played Joseph Smith in Henry Hathaway‘s Brigham Young (1940) and William Gibbs McAdoo in Wilson (1944) as well as Bernadette’s prosecutor, Vital Dutour, in The Song of Bernadette (1943), both directed by Henry King; and as a pretentious priest in The Keys of the Kingdom (1944). His first venture into the horror genre, for which he later became best known, was in Rowland V. Lee’s Tower of London (1939), starring Basil Rathbone and Boris Karloff. The following year Price portrayed the title character in The Invisible Man Returns (a role he reprised in a vocal cameo at the end of the horror-comedy spoof Abbott and Costello Meet Frankenstein released in 1948, featuring Lon Chaney Jr. and Bela Lugosi). 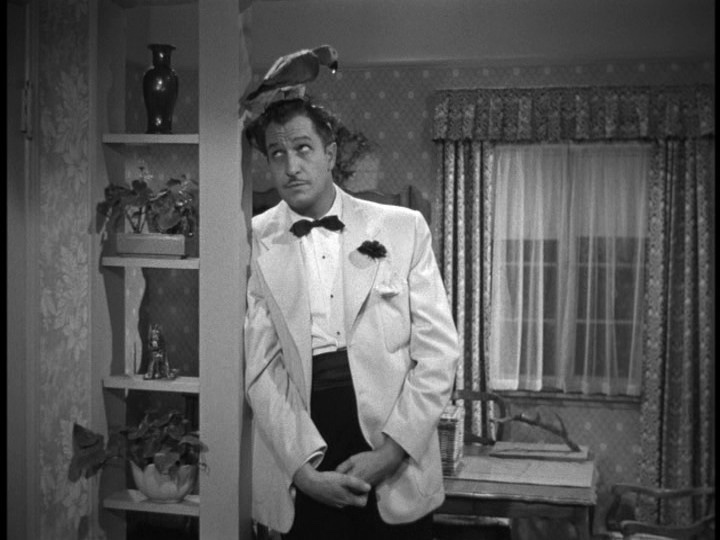 Price reunited with Tierney in John M. Stahl’s Leave Her to Heaven (1945) and Jospeh L. Mankiewicz‘s Dragonwyck (1946), with Walter Huston. There were also many villainous roles in film noir thrillers like Michael Gordon’s The Web (1947), The Long Night (1947), Rogues’ Regiment (1948) and The Bribe (1949), with Robert Taylor, Ava Gardner and Charles Laughton. His first starring role was as conman James Addison Reavis in the biopic The Baron of Arizona (1950), directed by Samuel Fuller. He did a comedic turn as the tycoon Burnbridge Waters, co-starring with Ronald Colman in Champagne for Caesar (also 1950), one of his favorite film roles. Other notable films during this time include Bagdad (1949), with Maureen O’Hara.

He was active in radio, portraying the Robin Hood-inspired crime-fighter Simon Templar in The Saint, which ran from 1947 to 1951. In the 1950s, Price moved into more regular horror film roles with the leading role in House of Wax (1953) as a homicidal sculptor, the first 3-D film to land in the year’s top ten at the North American box office. His next roles were The Mad Magician (1954), with Mary Murphy and Eva Gabor; Fritz Lang‘s noir While the City Sleeps (1956), with Dana Andrews, Rhonda Fleming, George Sanders, Howard Duff, Thomas Mitchell, John Drew Barrymore and Ida Lupino; the monster movie The Fly (1958) and its sequel Return of the Fly (1959). That same year, he starred in a pair of thrillers by producer-director William Castle: House on Haunted Hill (1959) as eccentric millionaire Fredrick Loren, and The Tingler (also 1959) as Dr. Warren Chapin, who discovered the titular creature. 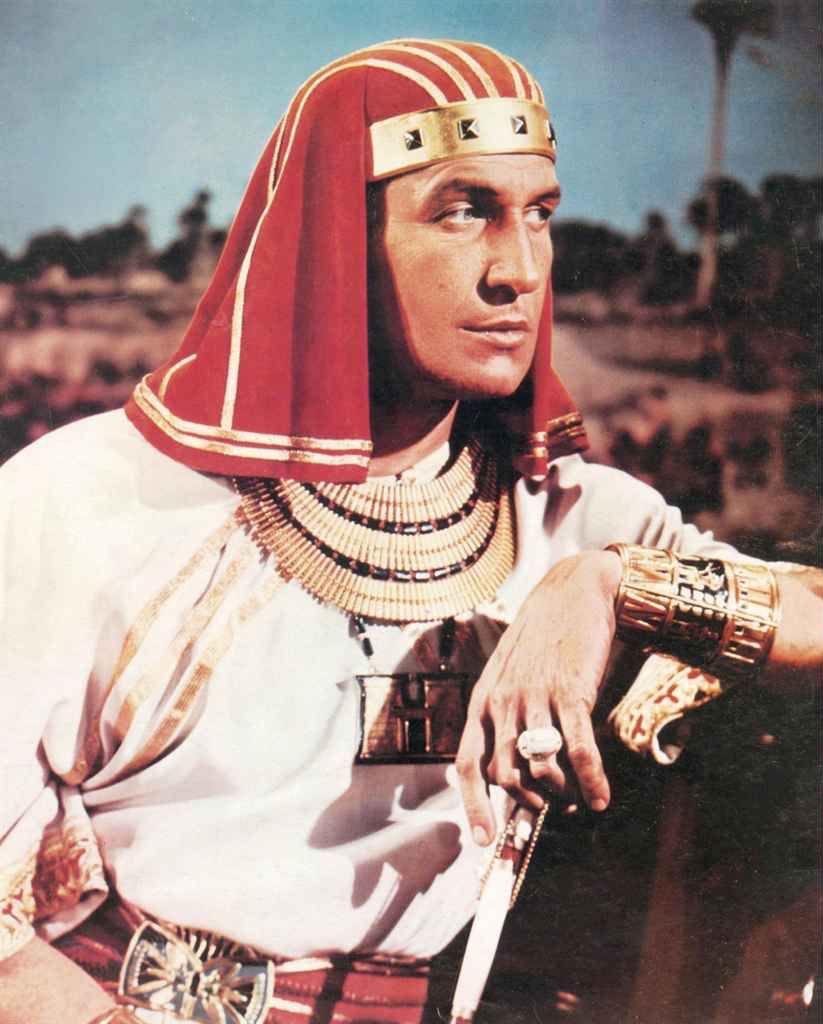 Outside the horror realm, Price played Baka (the master builder) in Cecil B. DeMille‘s The Ten Commandments (1956), who’s all star cast included Charlton Heston, Yul Brynner, Anne Baxter, and Edward G. Robinson. About this time he also appeared in episodes of a number of television shows, including Science Fiction Theatre, Playhouse 90 and General Electric Theater. In the 1955–56 television season, he was cast three times on the religion anthology series Crossroads. In the 1955 episode “Cleanup”, Price portrayed the Reverend Robert Russell. In 1956, he was cast as Rabbi Gershom Mendes Seixas in “The Rebel”, and as the Rev. Alfred W. Price in “God’s Healing”. 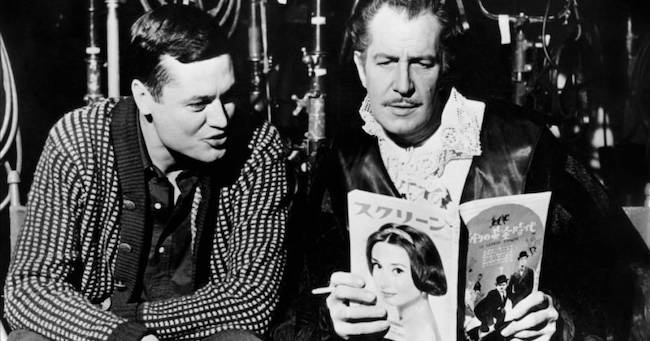 In the 1960s, Price achieved a number of low-budget successes with Roger Corman and American International Pictures (AIP) starting with the House of Usher (1960), which earned over $2 million at the box office in the United States and led to the subsequent Edgar Allan Poe adaptations of The Pit and the Pendulum (1961), Tales of Terror (1962), The Comedy of Terrors (1963), co-starring Peter Lorre and Rathbone; The Raven (1963), featuring Jack Nicholson; The Haunted Palace (1963), with Chaney and Debra Paget; The Masque of the Red Death (1964), and The Tomb of Ligeia (1964).

He starred in The Last Man on Earth (1964), the first adaptation of the Richard Matheson novel I Am Legend and portrayed witch hunter Matthew Hopkins in Witchfinder General (US: The Conqueror Worm, 1968) set during the English Civil War. He starred in comedy films such as Dr. Goldfoot and the Bikini Machine (1965) and its sequel Dr. Goldfoot and the Girl Bombs (1966), the latter directed by Mario Bava. In 1968 he played the part of an eccentric artist in the musical Darling of the Day, opposite Patricia Routledge. He appeared in The Abominable Dr. Phibes (1971), its sequel Dr. Phibes Rises Again (1972), and Theatre of Blood (1973), in which he portrayed one of a pair of serial killers; and Michael Schultz’s Scavenger Hunt (1979), with Richard Benjamin, James Coco, Scatman Crothers, Ruth Gordon, Leachman, Cleavon Little, Roddy McDowall, Robert Morley, Richard Mulligan, Tony Randall, Dirk Benedict, Willie Aames, Stephanie Faracy, Stephen Furst, Richard Masur, Arnold Schwarzenegger, and Meat Loaf. 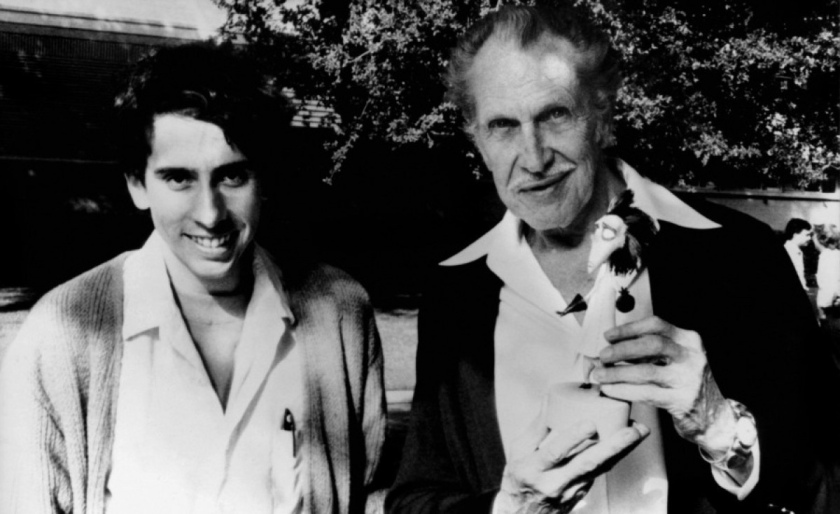 In 1979, Price starred with his wife in the short-lived CBS TV series Time Express. In 1979, he hosted the hour-long amusement park and roller coaster television special “America Screams”, riding on many of the roller coasters himself and recounting their history. During 1979–1980, he hosted the “Mystery Night” segment of the radio series Sears Radio Theater. In 1981, Price Played Grover in the original stage musical production of The Monster at the End of This Book: Starring Lovable, Furry Old Grover. In 1982, Price provided the narrator’s voice in Vincent, Tim Burton‘s short film about a young boy who flashes from reality into a fantasy where he is the iconic actor. In 1982, Price provided the spoken-word sequence to the end of the Michael Jackson song Thriller (the music video was directed by John Landis).

In 1983, he played the Sinister Man in the British spoof horror film Bloodbath at the House of Death. He appeared in House of the Long Shadows with Christopher Lee, Peter Cushing, and John Carradine. He had worked with each of those actors at least once in previous decades, but this was the first time that all had teamed up. One of his last major roles, and one of his favorites, was as the voice of Professor Ratigan in Walt Disney Pictures’ The Great Mouse Detective in 1986. 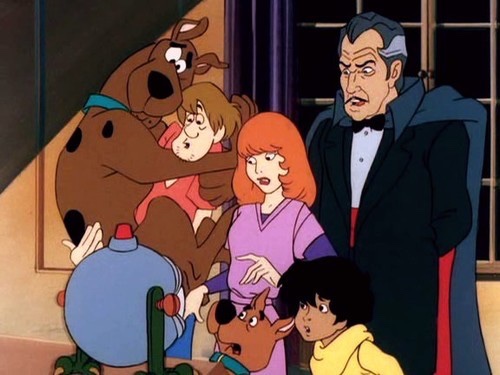 From 1981 to 1989, Price hosted the PBS television series Mystery! In 1985, he provided voice talent on the Hanna-Barbera series The 13 Ghosts of Scooby-Doo as the mysterious “Vincent Van Ghoul” who aided Scooby-Doo, Shaggy, and the gang in recapturing 13 demons. In 1984, Price appeared in Shelley Duvall’s live-action series Faerie Tale Theatre as the Mirror in “Snow White and the Seven Dwarfs”, and the narrator for “The Boy Who Left Home to Find Out About the Shivers”.

In 1987, he starred with Bette Davis, Lillian Gish, and Ann Sothern in Lindsay Anderson’s The Whales of August, a story of two sisters living in Maine facing the end of their days; his performance in the film him earned the only award nomination of his career: an Independent Spirit Award nomination for Best Supporting Actor. His last significant film works include Catchfire (1990), with Jodie Foster, Dennis Hopper (who also directed), Fred Ward, Charlie Sheen, Joe Pesci, Catherine Keener and Bob Dylan; and Burton’s Edward Scissorhands (1990), with Johnny Depp, Winona Ryder, Diane Wiest, and Alan Arkin.