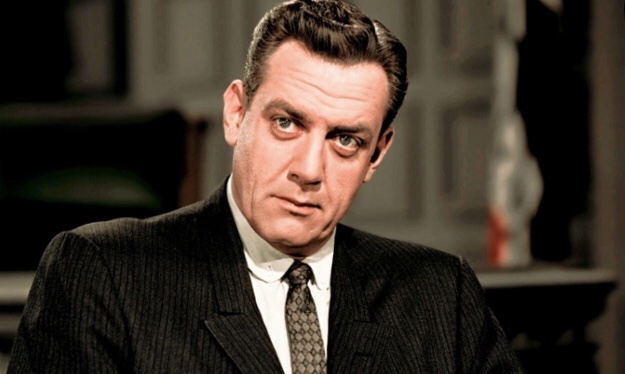 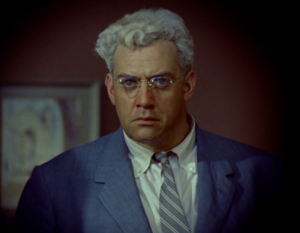 Raymond William Stacy Burr (May 21, 1917 – September 12, 1993) was a Canadian-American actor primarily known for his title roles in the television dramas Perry Mason and Ironside. His early acting career included roles on Broadway, radio, television, and film, usually as the villain. His portrayal of suspected murderer, Lars Thorwald, in the Alfred Hitchcock thriller Rear Window (1954), starring James Stewart and Grace Kelly, is his best-known film role.

Other notable films include Sleep, My Love (1948), with Claudette Colbert, Robert Cummings and Don Ameche; Ruthless (1948), with Zachary Scott, Sydney Greenstreet and Louis Hayward; Adventures of Don Juan (1948), with Errol Flynn; Black Magic (1949), with Orson Welles; Love Happy (1949), with the Marx Brothers; Key to the City (1950), with Clark Gable and Loretta Young; Borderline (1950), with Fred MacMurray and Claire Trevor; A Place in the Sun (1951), with Montgomery Clift, Elizabeth Taylor, and Shelley Winters; His Kind of Woman (1951), with Robert Mitchum and Jane Russell, Vincent Price, and Charles McGraw; Bride of the Gorilla (1951), with Lon Chaney Jr., Barbara Payton and Tom Conway; Gorilla at Large (1954), with Cameron Mitchell, Anne Bancroft, and Lee J. Cobb; Please Murder Me (1956), with Angela Lansbury; Crime of Passion (1967), with Barbara Stanwyck and Sterling Hayden; and Affair in Havana (1957), with John Cassavetes. 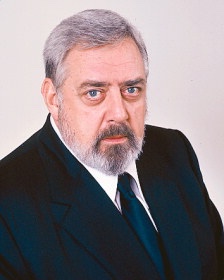 Burr is also remembered for his role as reporter, Steve Martin, in the 1956 film Godzilla, King of the Monsters!, which he reprised in Godzilla 1985. He won Emmy Awards for acting in 1959 and 1961 for the role of Perry Mason, which he played for nine seasons (1957–66) and reprised in a series of 26 Perry Mason TV movies (1985–93). His second TV series Ironside (1967-1975) earned him six Emmy and two Golden Globe nominations. Later films included Airplane II: The Sequel (1982), with Robert Hayes, Julie Hagerty, Lloyd Bridges, Chad Everett, William Shatner, Rip Torn, and Sonny Bono; and Delirious (1991), with John Candy, Mariel Hemingway, Emma Samms, David Rasche, Dylan Baker, and Charles Rocket. He died of cancer in 1993, and his personal life came into question, as many details of his biography appeared to be unverifiable. He was ranked number 44 of the 50 Greatest TV Stars of All Time by TV Guide magazine in 1996.