Sir Reginald Carey “Rex” Harrison (March 5, 1908 – June 2, 1990) was an English actor. Harrison began his career on the stage in 1924. He made his West End debut in 1936 appearing in the Terence Rattigan play French Without Tears, in what was his breakthrough role. He won his first Tony Award for his performance as Henry VIII in the play Anne of the Thousand Days in 1949. He won his second Tony for the role of Professor Henry Higgins in the stage production of My Fair Lady in 1957. 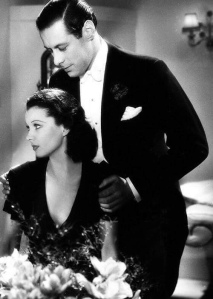 In addition to his stage career, Harrison also appeared in numerous films, his early ones including All at Sea (1935), with Tyrell Davis , Googie Withers, James Carew; and All Men Are Not Gods (1936), with Miriam Hopkins, Gertrude Lawrence, and Sebastian Shaw. His first starring role was in the romantic comedy Storm in a Teacup (1937), with Vivien Leigh, Cecil Parker, and Sara Allgood. Other films in the 1930s include Andrew Marton’s School for Husbands (1937), with Diana Churchill and June Clyde; Sidewalks of London (1938), with Charles Laughton; King Vidor‘s The Citadel (1938), with Robert Donat, Rosalind Russell, Ralph Richardson; Over the Moon (1939), with Merle Oberon, Ursula Jeans, and Herbert Lomas; and The Silent Battle (1939), with Valerie Hobson and John Loder.

He received critical acclaim for his performance in Major Barbara (1941), with Wendy Hiller, Robert Morley, and Robert Newton; which was shot in London during the Blitz. Other films in the 1940s include Ten Days in Paris (1940), with Kaaren Verne, C.V. France, and Joan Marion; Carol Reed’s Night Train to Munich (1940), with Margaret Lockwood and Paul Henreid; David Lean‘s Blithe Spirit (1945), with Constance Cummings, Kay Hammond, and Margaret Rutherford; Herbert Wilcox’s I Live in Grosvenor Square (1945), with Anna Neagle, Dean Jagger, and Robert Morley; and Sidney Gilliat’s The Rake’s Progress (1945), with Lilli Palmer. 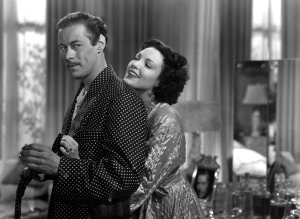 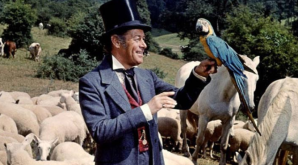 Films in the mid to late 1960s include The Agony and the Ecstasy (1965), with Charlton Heston, Diane Cilento, Harry Andrews, and Alberto Lupo; The Honey Pot (1967), with Susan Hayward, Cliff Robertson, Capucine, Edie Adams, and Maggie Smith; Richard Fleischer’s Doctor Dolittle (1967), with Samantha Eggar, Anthony Newley, and Richard Attenborough; A Flea in Her Ear (1968), with Rosemary Harris, Louis Jourdan, and Rachel Roberts; and Stanley Donen‘s Staircase (1969), with Burton. 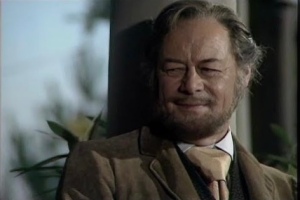 In 1975, Harrison released his first autobiography. In June 1989, Harrison was knighted by Queen Elizabeth II. Harrison was married six times (including actresses Lili Palmer, Kay Kendal, and Rachel Roberts) and had two sons: actor Noel Harrison and author Carey Harrison. He continued working in stage productions until shortly before his death from pancreatic cancer in June 1990 at the age of 82. His second autobiography, A Damned Serious Business: My Life in Comedy, was published posthumously in 1991.