Maureen O’Hara (born Maureen FitzSimons; August 17, 1920 – October 24, 2015) was an American and Irish actress and singer. She was a famous redhead who was known for playing fiercely passionate, but sensible heroines, often in westerns and adventure films. On numerous occasions, she worked with director John Ford and longtime friend John Wayne. O’Hara was one of the last surviving stars from the Golden Age of Hollywood.

O’Hara grew up in Dublin in a Catholic family and aspired to become an actress from a very young age. She trained with the Rathmines Theatre Company from the age of 10 and at the Abbey Theatre from the age of 14. She was given a screen test, which was deemed unsatisfactory, but Charles Laughton saw potential and arranged for her to co-star with him in Alfred Hitchcock‘s Jamaica Inn in 1939. She moved to Hollywood the same year to appear with him in the production of The Hunchback of Notre Dame, and was given a contract by RKO Pictures. 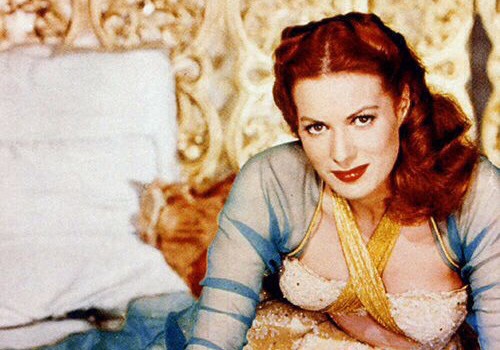 From there, she went on to enjoy a long and highly successful career, and acquired the nickname “The Queen of Technicolor.” She appeared in films such as How Green Was My Valley (1941) (her first collaboration with John Ford), The Black Swan with Tyrone Power (1942), The Spanish Main (1945), Sinbad the Sailor (1947), the Christmas classic Miracle on 34th Street (1947) with John Payne and Natalie Wood, and Comanche Territory (1950).

O’Hara made her first film with John Wayne, the actor with whom she is most closely associated, in Rio Grande (1950). This was followed by The Quiet Man (1952), The Wings of Eagles (1957), McLintock! (1963) and Big Jake (1971). Such was her strong chemistry with Wayne that many assumed they were married or in a relationship. In the 1960s O’Hara increasingly turned to more motherly roles as she aged, appearing in films such as The Deadly Companions (1961), The Parent Trap (1961) and The Rare Breed (1966). She retired from the industry in 1971 but returned 20 years later to appear with John Candy in Only the Lonely (1991).

In the late 1970s, O’Hara helped run her third husband Charles F. Blair, Jr.’s flying business in Saint Croix in the United States Virgin Islands, and edited a magazine, but later sold them to spend more time in Glengarriff in Ireland. She was married three times, and had one daughter, Bronwyn with her second husband. Her autobiography, ‘Tis Herself, was published in 2004 and became a New York Times Bestseller. In November 2014, she was presented with an Honorary Academy Award with the inscription “To Maureen O’Hara, one of Hollywood’s brightest stars, whose inspiring performances glowed with passion, warmth and strength.” 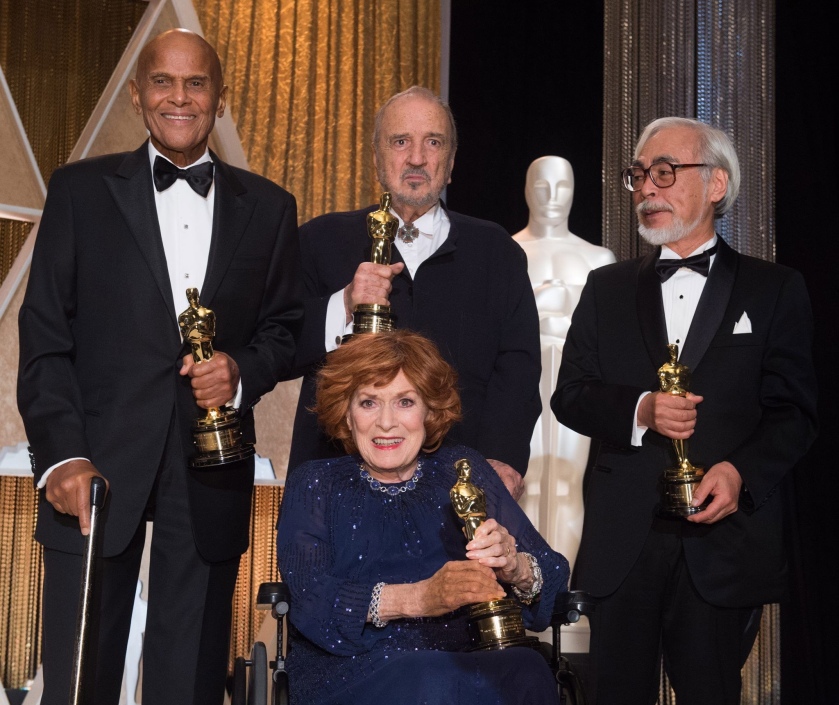