February 19, 2021 That Geek With The Clip-Ons Film Review, Foreign Cinema, Korean Cinema, Quick Review, Worth a Watch Leave a comment 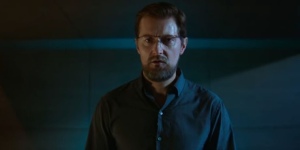 In the year 2092, Earth has become a nearly uninhabitable wasteland due to the typical stupid shit humankind has brought upon it. While there are quality space stations with genetically engineered flora, UTS (the monolithic corporation in charge of all), lead by CEO James Sullivan (Armitage), regulates who is deemed “worthy” to live in them. In other words, those who have the cash. If you’re guessing that obtaining the funds is next to impossible because of crazy government regulations, then you know your dystopian sci-fi! [I’m actually not holding this against the movie, I just can’t help but make my snarky comments.] 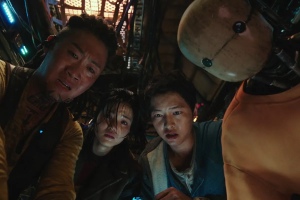 Many non-citizens, from all across the globe, work as space sweepers, collecting the space debris floating in Earth’s orbit and selling it to the company for survival. This includes the crew of The Victory: Jang (Kim), the alcoholic captain who’s really good with guns; Tiger Park (Jin), the ship’s gruff mechanic; Bubs (Yoo), a former military android who handles collecting the debris (as he can stand outside the ship without a suit); and Tae-ho (Dom), the aloof pilot.

During what seems to be a routine job, they discover a little girl (Park), in a storage container. They soon discover that, according to the media, she’s an experimental android called Dorothy, that also contains a hydrogen bomb that can be set off remotely. Our ragtag group of space misfits figures they can get a nice sum of cash for Dorothy’s safe return to her creator, which of course proves easier said than done (as they tend to in these situations). 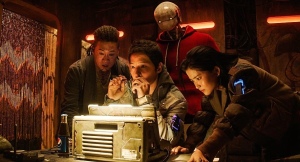 As the crew begins to bond with the adorable little android, they discover there’s way more to this whole situation than they could’ve ever imagined. We also get the obligatory backstory of the crew, their motivations, and how they ended up where they currently are. Even the main antagonist gets some backstory to explain his motivations for being an elitist douche. [Still not a criticism, I’m all for world building and character development.] 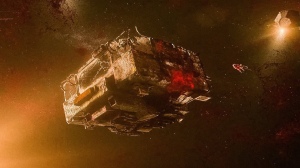 The film debuted at No. 1 on Netflix in at least 16 countries including France, Malaysia, Croatia, South Korea and the Philippines. On the review aggregation website Rotten Tomatoes, the film holds an approval rating of 63% based on 16 reviews, with an average rating of 6.4/10. On Metacritic, it has a weighted average score of 64 out of 100, based on reviews from 4 critics, indicating “generally favorable reviews”. These scores seem low, hopefully they’ll go up. I first heard of this movie thanks to recommendations on Netflix (as I’m sure that’s how most folks heard of it). They definitely know my tastes!

It should be obvious at this point that I really like this movie! It’s so much fun! The action is thrilling, the special effects top notch, and there’s an overall great balance of comedy, drama, and suspense. The chemistry among the main crew is solid, with some nice back and forth. Also the kid playing Dorothy is just adorable! How could you not wanna keep her safe? Some viewers might see the 2hr+ runtime as an issue, but this movie is moves at a brisk pace that you won’t even notice. If you’re already a fan of sci-fi then I definitely say give this a watch.