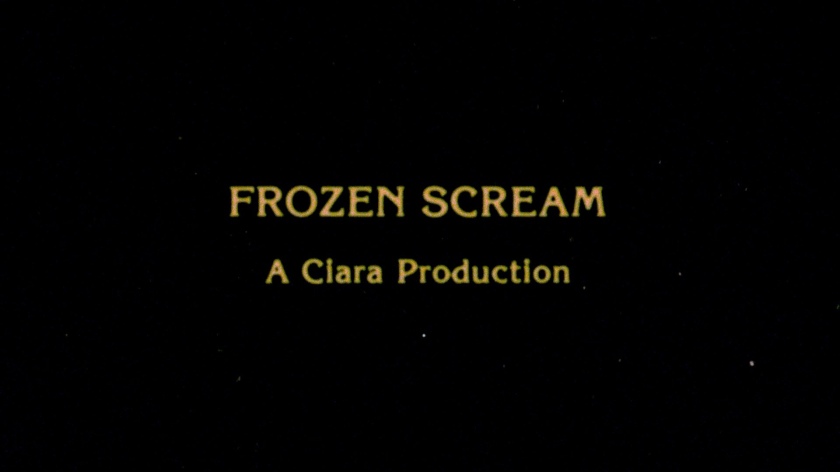 March 14, 2021 That Geek With The Clip-Ons Film Review, It Stinks!, Rifftrax Leave a comment

Date: shot in 1975, not shown to distributors till around 1980, initial release on VHS in UK in 1983, then released in US in 1985 on a double-feature VHS with The Executioner Part II (there is no Executioner Part I)

Ok, so there are two scientists, Lil Stanhope (Harmon) and Sven Johnsson (James), trying to discover the secret to immortality (as scientists in theses sorts of movies are want to do). They experiment on dead bodies (naturally), and they kind of come back to life. Problem is, they need to be kept in very cold temperatures to stay fresh (hence the title… I guess), plus they can be controlled via a metal round thing glued to their neck (I’m sure it’s supposed to be some sort of science device, but it looks like a tiny shower grate).

One colleague, Tom Girard (Muser), thinks they’re going against the laws of nature (there’s always gotta be a buzzkill, eh?) and bails out. As you can probably guess, this doesn’t sit well with the other two, so they send some robed zombie minions after him. They attempt to also abduct his wife, Ann (Kocol), but fail for some reason (they didn’t film that part, so you just hear off camera screaming). She wakes up in the hospital, where Lil tries to convince her that Tom died of a heart attack and she only hallucinates robed figures attacking them in their house.

Then some narration abruptly pops in (the first of many times) to talk some more about the plot (which was already happening on camera… kinda…). Said narrator is Det. Sgt. Kevin McGuire (McGowan), a former lover of Ann’s, until she left him for Tom. From there we get some flashbacks, hallucinations, random characters showing up, strange imagery that doesn’t mean anything, but the filmmakers think it means something, Ann getting strange phone calls, people saying her name a lot (seriously, you could play a drinking game), dubbing so bad that character voices will change while they’re talking in the same scene. There’s also a party where a rockabilly band performs a song called “Jack Around the Shack” (really!), that blatantly steals the music from the classic “Rock Around the Clock” by Bill Hailey & The Comets (which many may know as the first theme song of the classic sitcom Happy Days). This movie has it all!

The film achieved a degree of notoriety when it was released on video in the UK in 1983 and became one of the films on the government’s video nasty list (although it wasn’t prosecuted). I can’t really fathom how this was even considered for being banned (other than general incompetence), it’s not exactly graphic in terms of violence (which is mostly likely because of the nonexistent budget). I guess the kind of cult stuff going on factored into it, but otherwise it’s not nearly as shocking as the ones that made the proper prosecuted list. You can probably guess that critics weren’t huge fans of this movie, pointing out the various flaws such as terrible acting, directing, writing, music, special effects, and basically everything.

I learned of this film’s existence thanks to to good folks of RiffTrax (a great source for entertainingly bad movies!) and it doesn’t disappoint in terms of “what the fuck is going on?” entertainment! Objectively, not a single thing is done right here. It’s shocking to think that it took collectively 4 people to come up with this script, and it still makes little to no sense! Even dubbed, you can tell the actors don’t know what they’re doing, most of them (especially Ann) just stare wide eyed as they deliver their lines; and even though it’s dubbed lines are still flubbed (despite having the ability to re-record it!), and sounds like the recording was filtered through tin cans. The music sounds like the “composer” was punching a keyboard, with the only mood being set I would describe as confusion. [Ironically enough, the composer would use a lot of this score in the slasher film, Don’t Go in the Woods… Alone! (1981), which did end up on the Video Nasties. Also the director of that movie made The Executioner Part II (as previously stated, there is no Part I), which Frozen Scream was once in a double-feature VHS.]

I would definitely say this one is worth a watch if you’re into shitty horror films (as I am). It doesn’t drag too much, plus the awful dubbing and music keeps it entertaining. Besides RiffTrax, it’s also currently available on Tubi, another great source for entertainingly bad movies!