Mary Frances “Debbie” Reynolds (April 1, 1932 – December 28, 2016) was an American actress, singer, and businesswoman. Her career spanned almost 70 years. She was nominated for the Golden Globe Award for Most Promising Newcomer for her portrayal of Helen Kane in Richard Thorpe’s Three Little Words (1950), with Fred Astaire, Red Skelton, Vera-Ellen, Arlene Dahl. Her breakout role was her first leading role, as Kathy Selden in Singin’ in the Rain (1952), with Gene Kelly (who also co-directed with Stanley Donen), Donald O’Connor, Jean Hagen, Millard Mitchell, and Cyd Charisse. 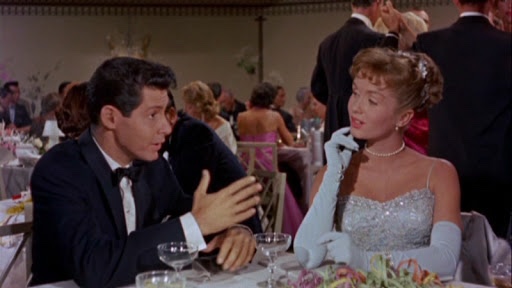 Her other successes include Don Weis’s The Affairs of Dobie Gillis (1953), with Bobby Van, Barbara Ruick, Bob Fosse, Hanley Stafford, and Hans Conried; Frank Tashlin’s Susan Slept Here (1954), with Dick Powell and Anne Francis; Norman Taurog’s Bundle of Joy (1956), with Eddie Fisher (whom she was married to at the time) and Adolphe Menjou; Richard Brooks‘s The Catered Affair (1956), with Bette Davis, Ernest Borgnine, Barry Fitzgerald and Rod Taylor; and Joseph Pevney’s Tammy and the Bachelor (1957), with Walter Brennan, Leslie Nielsen, and Mala Powers; in which her performance of the song “Tammy” reached number one on the Billboard music charts; In 1959, she released her first pop music album, titled Debbie. 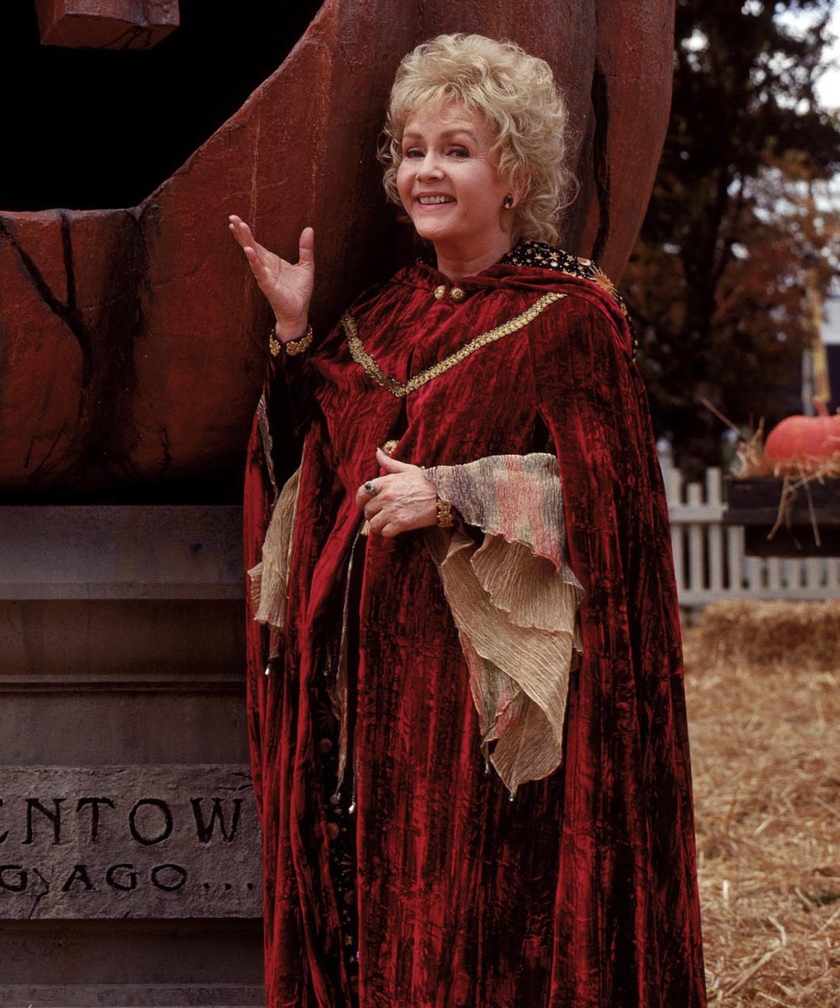 Reynolds was also a cabaret performer. In 1979, she founded the Debbie Reynolds Dance Studio in North Hollywood, which still operates today. In 1969, she starred on television in The Debbie Reynolds Show, for which she received a Golden Globe nomination. In 1973, Reynolds starred in a Broadway revival of the musical Irene and was nominated for the Tony Award for Best Lead Actress in a Musical. She was also nominated for a Daytime Emmy Award for her performance in A Gift of Love (1999) and an Emmy Award for playing Grace’s mother Bobbi on Will & Grace. At the turn of the millennium, Reynolds reached a new, younger generation with her role as Aggie Cromwell in Disney’s Halloweentown series. In 1988, she released her autobiography, titled Debbie: My Life. In 2013, she released a second autobiography, Unsinkable: A Memoir.

Reynolds also had several business ventures, including ownership of a dance studio and a Las Vegas hotel and casino, and she was an avid collector of film memorabilia, beginning with items purchased at the landmark 1970 MGM auction. She served as president of The Thalians, an organization dedicated to mental-health causes. Reynolds continued to perform successfully on stage, television, and film into her 80s. In January 2015, Reynolds received the Screen Actors Guild Life Achievement Award. In 2016, she received the Jean Hersholt Humanitarian Award. In the same year, a documentary about her life was released titled Bright Lights: Starring Carrie Fisher and Debbie Reynolds, which turned out to be her final film appearance; the film premiered on HBO on January 7, 2017. She died following a stroke on December 28, 2016, one day after the death of her daughter, fellow actress Carrie Fisher. Her granddaughter, Billie Lourd, is also an actress.